New hires bring fresh ideas. Here are 3 reasons why you should think like one 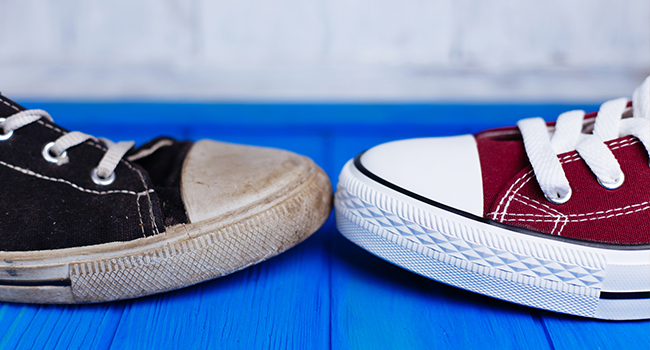 If you’re ever in a meeting and hear, “That’s just how we’ve done things,” STOP.

Think about this friendly reminder: just because it’s been done that way for as long as anyone remembers doesn’t mean it’s right. Right?

If you find yourself saying those words, may we kindly suggest taking a step back and doing something every HR professional should do at certain points in their careers.

Maybe it’s time to re-hire yourself.

“New” is intimidating for someone established in their position. It presents a certain amount of risk that is tough to handle. But “new” is also a powerful motivator to affect important change within a company and culture.

Remember when you first came into your organization? You brought your experiences and your questions and examined everything the company was doing with a fresh set of eyes. It led to change, and that was the point.

When you’re re-hiring yourself, do it over a short period of time. Within a few months you’ll get into the same “it’s-just-the-way-it-is” mindset that limits your ability to be that motivator for change.

Think about it this way. You have a leg up on any real new hires and are in a much better position than when you first started. You know the organization now and how it works. Bringing fresh ideas is hard, but you know how to present them in the best light.

Because new hires need to first learn about an organization, they see processes others would consider set in stone with a fresh set of eyes.

As your own new hire, you’ll have plenty of questions about why things are done a certain way.

“Why does it take 6 months to pay a supplier?”
“Are we using outdated technologies?”
“Can this be more efficient?”

Some of these will challenge your own processes, but remember, that’s ok right now. You’re trying to see things as a new hire would. Some things you may be able to change and some you won’t. Either way, “why?” opens the door for the possibility of new things.

Once you’re established in a day-to-day work routine, you start to just move with the flow. New hires don’t. They see a problem and want to attack it as soon as possible and fix it before it becomes a bigger problem.

You’re at this point now. You’ve asked some hard questions. Identified some problems. Now it’s time to attack them.

We’ll tell you that one of the biggest problems when it comes to payroll today is outdated technologies. It’s hard to see it from an established position, though.

We appreciate the magnitude of questioning a payroll system. We know that any changes introduce risk. The old adage “if it ain’t broke don’t fix it” is at the forefront of people’s minds.

We also know it’s a much bigger risk to not attack the problem head on. Certain systems and portals won’t be supported forever. If companies don’t start now, they won’t be able to use the latest tech just five to 10 years down the road without a massive undertaking.

Let us ask the difficult questions

If you are struggling to ask difficult questions about existing systems like payroll, you probably need to look outside your company for help.

We can help you ask the hard questions when it comes to payroll systems. To know what to do and how to fix them before they get close to breaking.

Companies look to us to help them solve big payroll problems everyday. Maybe as your own new hire, you’ll do it too.